Sketching and scratching: the process of making REMOTE

Hello, we’re Coney. As we’re running a kickstarter campaign to help fund our forthcoming production of REMOTE, Tassos Stevens – who’s a heady combo of writer and game-designer and director for this project – is writing a series of posts about the making of the piece. Previously, how it started. Here, how it’s being developed. 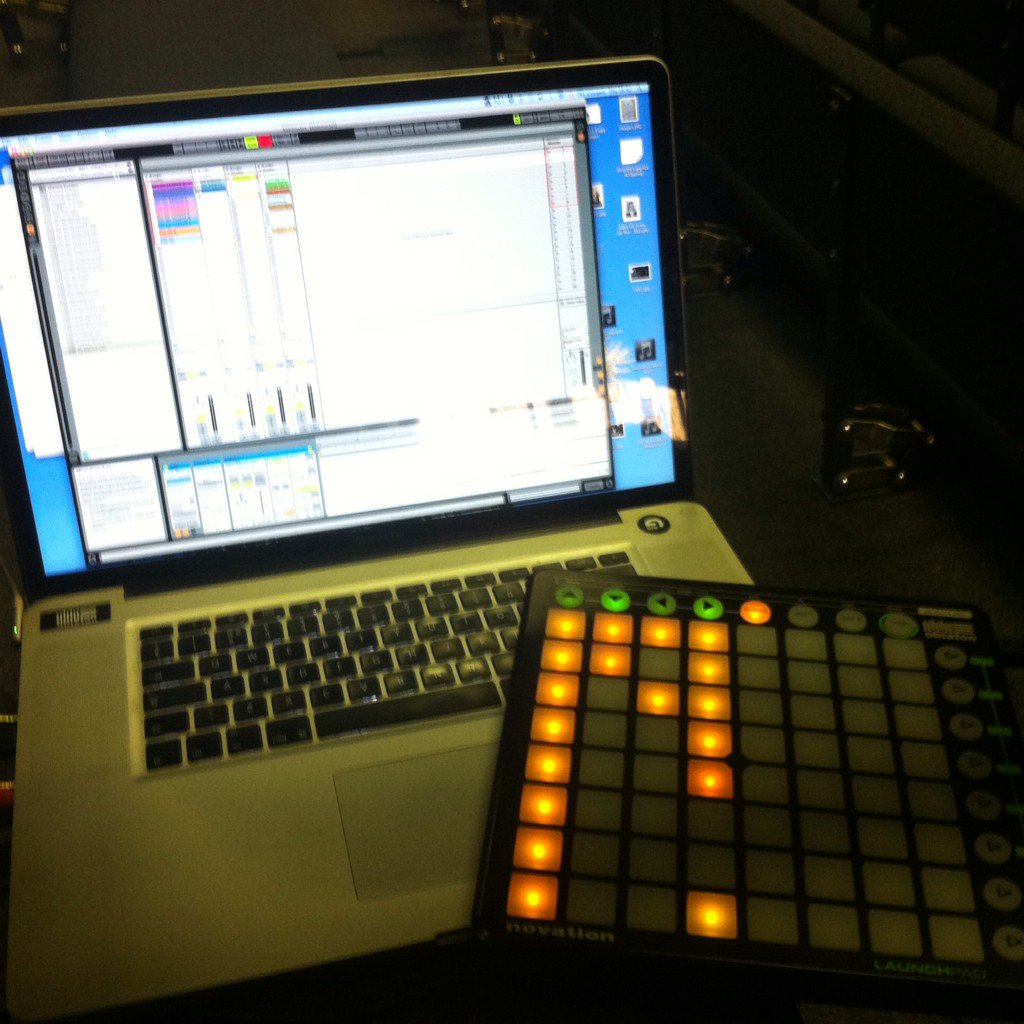 Ivan Mack, resident technical genius at Theatre in the Mill, gets ready to play sound designed by Kieran Lucas.

I’m writing on a Friday afternoon, having just done a scratch of REMOTE last night at Theatre in the Mill in Bradford, and about to do a second scratch tonight. Scratch – a theatre term, analogous to playtesting in game-design – is a process of developing work through showing a version that is unfinished, and opening up a dialogue with the audience afterwards. Not so much about feedback so much as finding out what it is, how it plays, what works, what doesn’t. It’s crucial for developing any work that involves the audience. When we were making A Small Town Anywhere, we had audiences in from the second day of development, because we had literally no way of knowing how it played without them. REMOTE is a little different, there is a script, there are performers*, but you still don’t really know how it plays until there’s an audience to bring it to life.

REMOTE started development in 2014, at Camden People’s Theatre and BAC, under the title Codename: REMOTE. The idea with giving it a codename was that we’d name it when we knew what it was, we had some starting points but the delightful uncertainty of just what it was. But REMOTE stuck, and it feels pretty appropriate for how the piece is taking shape now.

I used the term sketch as well as scratch, because I tend to use scratch to mean an unfinished version of how you imagine the piece. The four sketches we presented at CPT and BAC over 2014 – before a first scratch at CPT – weren’t attempting to be a version of the piece, but rather to test out some ideas that might end up in the piece or filling out the world a little.

It’s really useful to develop a piece over time, and have breaks or punctuation in between bursts of development. Sometimes you get tied in knots by thinking, and deliberately not-thinking a piece can clarify like nothing else. Iain Bloomfield, the artistic director of Theatre in the Mill, who’ve commissioned REMOTE, is a master of nurturing the development of work, and knowing the right questions to ask when. I’ve learnt from him the value of putting a piece down completely for a bit, and then trusting that whenever you pick it up again, literally whatever you remember as being exciting and whatever you remember as being problematic will be the right places to start. I put REMOTE down for almost a year after the scratch at CPT in November 2014, and it clarified drastically and for the better when eventually picked up.

Absolutely key in development is determining the basic model of interaction for the piece, how it plays, and what meaning it carries. I don’t believe that you can usefully progress until you’ve got a playing model. When making Adventure 1, we playtested the model with placeholder material, deliberately not investing any time in writing the adventure itself until we were sure it worked; it did, so we started writing towards a scratch. In REMOTE, the interactive model is the audience presented with a choice which might be a binary option, and raising a card for one option and if they do not raise the card for whatever reason, it’s the other option. Aka a big game of What Happens Next. There are many pleasures in this, but it’s just as important to note the pitfalls. The audience don’t always feel they have influence – and it’s true that they don’t always, but then that’s part of the meaning in the model, just how to help them reflect on that. The format can be hypnotic but risks monotony, so you need to keep varying the questions and have enough edges and tickles in the writing to keep it interesting.

But the big new idea coming into these scratches in Bradford is that the interactive model of the piece might itself change drastically over the course of the piece. The story of Sally (or however the audience name their collective avatar-protagonist) is in three acts – the first act happens next year, the second act in five years’ time, the third act in eighty years’ time. Last night was presented a decent draft of the first act, me talking through what I think might happen in the second act, and then a playtest of a possible interactive model for the third act which is almost as different as can possibly be 🙂 And while there’s a lot to do yet, they played very nicely, with really positive and useful audience responses.

The other opportunity here in Bradford has been testing a local version. So Ellie – as they named her last night – travels through a fantastical future simulation of Bradford, possibly landing in Buttershaw or Mannigham before City Park where the REMOTE HQ towers from the foundations of City Hall, overlooking the corporate retail zone built on the site of the former National Media Museum (funny cos it’s likely sadly true). I’ve had a lot of useful conversations here, including taking several taxis just so I can chat to their drivers.

But I better dash now. I have a new version to write for tonight.

*for the scratches here in Bradford, I am the performer, but I won’t be for the finished version. I’m here because I’m the cheap version and I won’t be stressed when the writer** gives me a version of the script minutes before performance.

There’ll be another post soon on further starting points. But please support our kickstarter for REMOTE, by pledging anything you can afford – and a measly tenner gets you a game you can play online on a device as an entrance into the world of REMOTE – or by simply spreading the word.

Thanks for being here.

REMOTE plays in development at Theatre in The Mill, Bradford on 17 and 18 March, and then runs at Camden People’s Theatre from 19 – 30 April.