Over the last month, we’ve been joined at HQ by another brilliant placement, Fengfan Zhou, an international student from the University of West London. She’s been learning about the internal workings of Coney, and helping us out on projects ranging from A Game of Legacy to a new commission we’re just about to announce… Over to Fengfan, who writes about her experience here so far:

I am a Theatre Production student studying at the University of West London. Our course covers the technical side of theatre, stage management, as well as the history of theatre. I have also been an active member in Europe’s biggest community theatre, Questors Theatre in Ealing, for last two and half years and recently, I acted as deputy stage manager for Rabbit Hole which was performed between the 21st to the 29th of September 2018). This theatre has given me a base in this country and made me feel at home, as I am an Asian student who is trying to learn more about aspects of British culture. Before Rabbit Hole, I was a stage crew and sound operator for The Nightingale and The Rose & The Birthday of Infanta performed by the Orange Moon Theatre Company, which toured three fringe venues in London.

Since I joined Coney HQ on the 1st October I have started a new and amazing adventure with a group of lovely people. For me this is a completely unique experience from the things I have done before. It is even quite exciting for me to travel into central London every day and to work inside the historic building, Toynbee Studios, in which we are located.

When I first met Coney’s Administrator Rowan, at the Arts Bar & Café in August, I was feeling a bit nervous and worried about saying something I did not mean, as English is not my first language, but after ten minutes I overcame my nervousness and we had a pleasant hour-long talk. On first impression I liked the environment we were surrounded by in the café, with artists sitting at the different tables, chatting or working alone on their laptops. For an newcomer like me it felt like I was in a super-cool place. Many artists and creative groups are based in the same building where Coney HQ has its offices, and we are really lucky that we can have quick access to a cup of nice coffee inside our working building.

Events are also held in this café as well. For example, David Finnigan, Coney’s Associate-in-Residence, recently held a performance lecture here about his theatre-making experience in the Philippines. His presentation opened up a completely new world about theatre work for me and gave me an insight into the talented people working for Coney.

This experience with Coney HQ is a big switch of direction for me as taking an administration placement role is a new challenge. Previously I had tended to work back stage in a number of roles as part of theatre production teams, but since I started here at the beginning of October, I have been learning things that I was not aware of before, through training sessions supported by Rowan, Coney’s Administrator. This has included digital marketing, fundraising, finance and human resources.

We also have regular Mondays and Tuesdays’ headquarters meetings, a great way for me to get a quick picture of what Coney does. Very luckily, I got to sit in a strategy meeting too. I have started to become aware of how running an organisation like Coney is very complex and sometimes difficult too. The more I learnt about those aspects the more I appreciate people’s work.

On my third day with Coney, I went to an Arts & Business Mingle event at the Unicorn Theatre, which was organised by Coney’s Chair, Benjamin Yeoh. After that lovely event, I realised that how important networking was, and how much benefit you could gain by talking to people from other professional worlds. Even though I was still very new they all made me feel that I belonged. 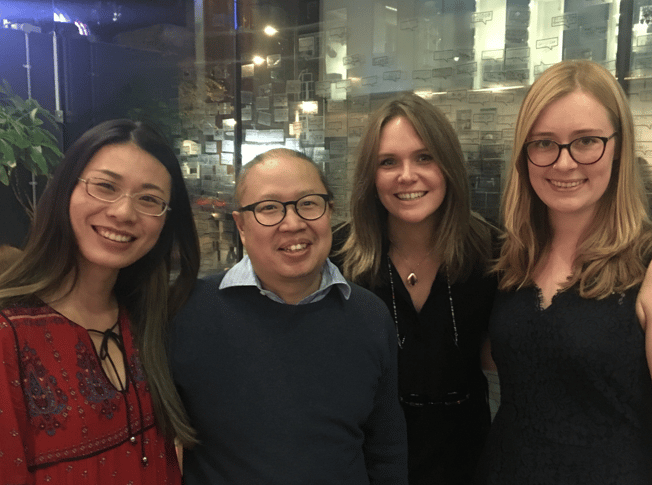 During my second week, I enjoyed when Rowan, Ting and I went to Brixton to play a Coney project called A Brixton Adventure. It is designed for people to explore Brixton, and it was free to the public as a part of Brixton City Festival, in partnership with Ovalhouse. Though the project had officially ended, we decided to play what we could through our smartphones.

On that day, I discovered another side of London which I never seen before, and again, was amazed by London as an extremely multi-cultural and diverse city, completely different from where I come from in Wenzhou, Zhejiang. Our adventure was led by our smartphones, so we had to use our phone as a medium to complete our adventure in Brixton. Cleverly designed phone games is one of Coney’s specialities, with past projects such as What’s She Like and How to use your phone like a 13-year old using smartphones as platforms to begin the exploration.

During our adventure, at one point we received a task from our phone saying we had to go to Seven bar and ask the bartender ‘what can I buy for a pound?’  Ting went into the bar and asked the question. A waiter kindly suggested a chocolate milk bar was 50 pence, we could get that if we only had a pound to spend. The fun thing was the waiter didn’t know we were coming so treated us like normal customers. 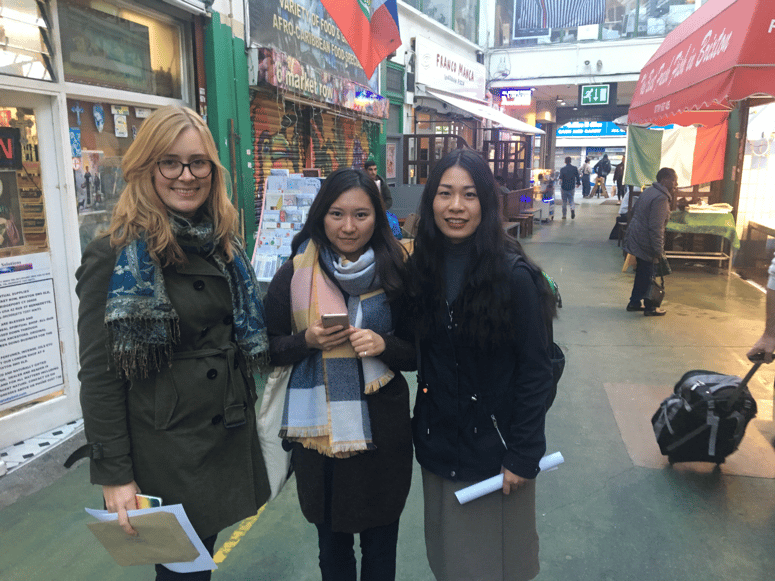 I would describe my recent work experience with Coney, the Orange Theatre Company and with Questors Theatre as being very satisfying. Those experiences are complements to each other and all have given me more confidence as a Chinese student who studies in the UK. It has been an exciting and beneficial experience working with Coney HQ and I am very grateful that I have had this learning experience with everyone in Coney including Rowan, Zara, Ting, Becki, Natalie, David, Tassos and Toby.  A big thanks to Rowan! I am also very grateful to Natalie, Tassos, Becki and Zara, who made the effort to talk with me individually about their roles in Coney.

If you’re interested in organising a placement at Coney HQ, give us a knock and say hi. We can only host placements as part of an established scheme or academic course, as part of our commitment to opening up access to the arts – so if you’re not sure whether that’s you, get in touch for a chat.