2018 has been an epic year for Coney. We’ve presented the final version of a three-year project, The Droves, continued developing work like The Common, hosted five Network Exchanges, and made brand new work including commissions for the National Trust, Natural History Museum and NERC, and Greenpeace. We’ve welcomed three new Associates and several new face at Coney HQ, held our biggest fundraiser yet with A Night of Coney, and launched the Young Coneys.

As 2018 draws to a close, we asked the team at HQ to share their highlights looking back over the year:

“The Young Coneys were working at Theatre Deli in Broadgate one Sunday afternoon. We were playing a ball game, and there was a rehearsal next door. Suddenly through the wall we heard an actor shouting very loudly at another actor. The Young Coneys and I had a conversation – we talked about how those people were acting, and how it was okay they seemed to be shouting at each other when they were acting. One of the Young Coneys replied and said, ‘Yes, and we’re different at the Young Coneys, because we don’t do acting, we do truth.'”
– Becki, Executive Producer & JCEO

“This year, for Coney, I got to get my hands on a chunk of moon rock at the Natural History Museum. Everything else is second best, honestly. But other standout moments:

And of course, endless cups of tea at HQ.”
– David, Associate-in-Residence

“There are too many great projects to choose from… but the stand-out highlight from my first year at Coney has to be the people I’ve met. It’s been such a pleasure getting to know everyone: the team at HQ (including three fantastic people we’ve hosted on placements this year), our 18 Associates with their astonishing range of superpowers, the Network of Coney, the Young Coneys, and the many other people we’ve worked with across the year. And then there are the people who join us to play something for just one evening, or pop up in our inbox. Please keep being curious – it’s lovely getting to know you!”
– Rowan, General Manager

“My favourite moment of Coney from 2018 was standing in a crowded, bustling Hintze Hall at the Natural History Museum during their Your Planet Needs You November Lates event, and seeing players of our smartphone experience The Stake looking up at Luke Jerram’s Earth artwork (as the experience invites them to do!). Made for one player, it has a very intimate quality, asking you to consider your place within the huge issue of climate change and our changing environment. There was something magical about multiple players responding to it throughout the evening in their own way. The event as a whole was a huge success, The Stake being one of the four experiences we created as part of the evening. To play The Stake now text THE STAKE to 07481 341154.”
– Ellie, Projects Producer 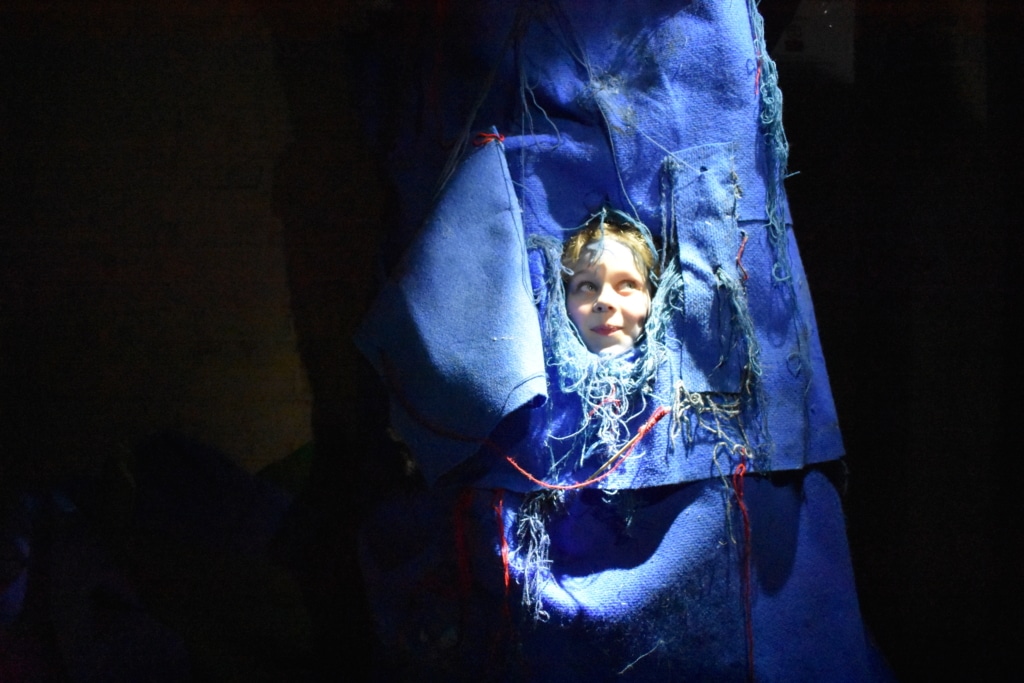 “Early this year, The Carpet Kid… in the heart of the world of The Droves, a hybrid half-child half-carpet, who gently pleads for us to sew them up so they can be no longer kid, just carpet. Watching groups of grown-ups squirm in this quandary spun by the imaginations of the Young Coneys.

Then later this year, being in the room as the Young Coneys played games with their parents and us Old Coneys and Greenpeace, getting ready to make an intervention to ask the grown-ups of the car industry to ditch diesel.

And afterwards, hearing one of the YC reflecting on this year: “I did this.”

Also – meeting a client of A Lovely Intervention, someone in probation, with a wallpaper of a rabbit on his phone…”
– Tassos, Director & JCEO

Working on Phoebe the Apprentice Ranger at the National Trust Polesden Lacey was an incredible way to spend the summer. We had a brilliant team and made something really special that connected with young families. The moment when a little girl named Phoebe, aged around 5, came running up to Phoebe the Apprentice Ranger to say she’d found the bees and wanted to save them was particularly lovely.”
– Toby, Playful Accomplice

We’d love to hear your favourite Coney moments – give us a knock to say hi, or find us on Twitter. We’ll see you for more adventures in the New Year!